The Iconic Relationship Told in Andy Warhol’s Words and Pictures 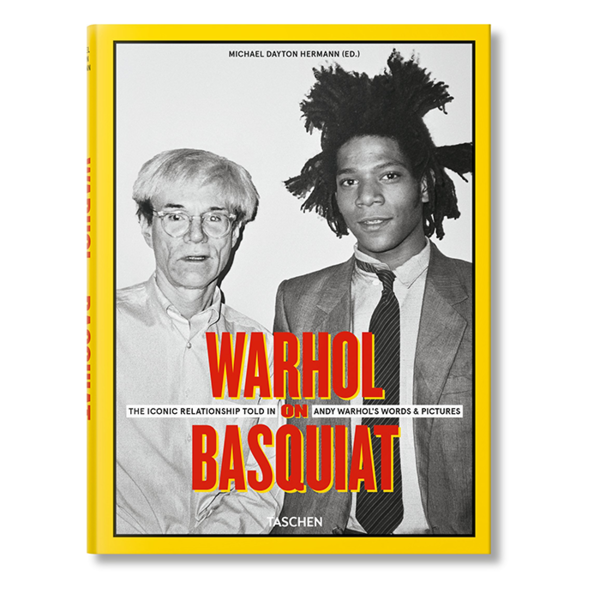 Produced in collaboration with The Andy Warhol Foundation and Jean-Michel Basquiat’s estate, this book chronicles the duo’s relationship in hundreds of previously unpublished photographs of Basquiat along with a dynamic cast of characters from Madonna to Grace Jones, Keith Haring to Fela Kuti. The shots are accompanied by entries from the legendary Andy Warhol Diaries, selected collaborative artworks, and extensive ephemera. Touching, intimate, and occasionally sardonic, Warhol on Basquiat is a voyeuristic glimpse into the lives of two of modern art’s brightest stars.

The editor
Michael Dayton Hermann received his MFA from Hunter College where he studied art theory with conceptual artist Robert Morris. In addition to his practice as a multidisciplinary artist, Hermann has been the Director of Licensing at The Andy Warhol Foundation since 2005, where he developed notable high-profile Warhol projects including collaborations with Calvin Klein, Dior, Comme des Garçons, Supreme, Absolut, and Perrier.

Ready to give the $75 Collection?